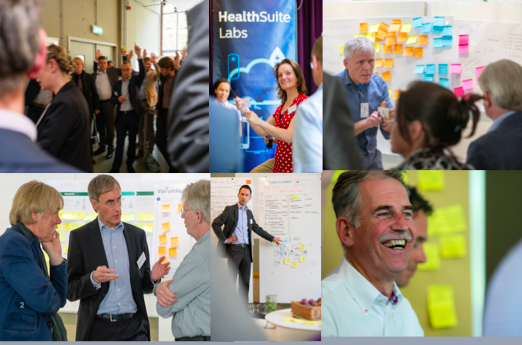 The last couple of months, I worked as lead facilitator of the Philips HealthSuite Lab together with the Dutch Ministry of Health and several health providers and e-health firms to make electronic health records work better for patients and providers in the Netherlands. The following video of NPCF MedMij proudly looks back on this project and the three intense and successful workshop days

Update: see how the project evolved in this future forward e-health coalition

A couple of years ago Trndmrkr wrote a trend report and gave lectures about a new female narrative -about the changing mindset and empowerment of women . Today, this shift towards a more femine mindset is expanding world wide. JWT has finalised research spanning nine countries – including the US, the UK, Saudi Arabia, Brazil and China.

The living research, known as the Female Tribes campaign, includes interviews with 4,300 women between the ages of 18-70. Setting out to “change the conversations brands have with women”, key findings from the report include:

76% believe there has never been a better time to be a woman
58% said role models in TV or film have inspired them to be more assertive or ambitious
74% said their work is linked to their sense of self
86% said that femininity is a strength, not a weakness.