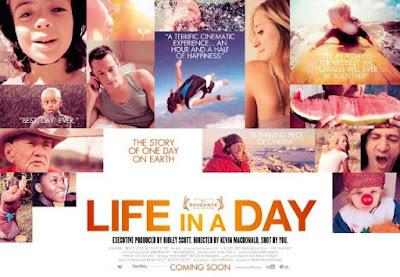 This was definitely worth waiting since July 2010: Life In A Day.
For those who have missed all the commotion about this phenomenon, a quick summary:
this documentary has been shot by film makers all over the world, and crowdsourced online. Some 80,000 submissions and 4,500 hours of footage from 192 countries later, the documentary was born with. It’s sole purpose is to serve as a time capsule to show for future generations what it was like to be alive on the 24th of July, 2010. Produced by Ridley Scott and directed by Kevin Macdonald. I loved the global aspect of the documentary: experiencing one day in different parts of the world, capturing different sounds, colours and atmosphere’s. Surprisingly, some things are the same all around the world, such as some rituals or even the size of flies as one character in the film points out. Watch the whole film now Life In A Day,on You Tube , prepare to be amazed. 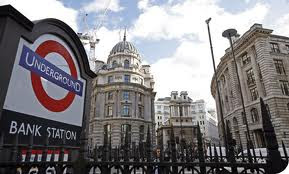 From journalist Joris Luyendijk Banking Blog… The blog is an experiment, but a great way to make a complex subject like the world of finance accessible to outsiders. Revealing stuff! 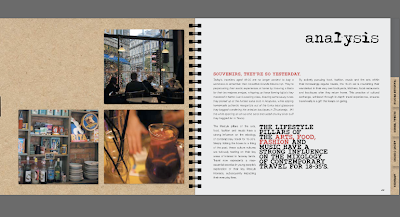 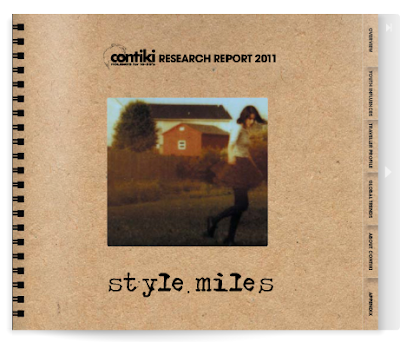 No longer content with an I ♥ NY tee, young travellers are now looking for cultural exchanges that will allow them to cultivate foreign experiences that they can then entrench into their everyday life back home. Contiki used this information to shape their itineraries, providing bespoke journeys tand not just party experiences.

Most Millienials share their thoughts, life decisions, emotions and events via social network sites such as Facebook. So when they decide to quit, it is a life changing experience, which is naturally posted online…read the recognizable/funny and true story of Matthew Trammell 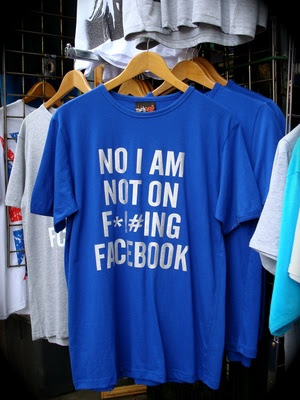 This autumn cats are in trend….
In advertising at John st.

I’m very curious about this documentary: PressPausePlay.
It is all about the digital revolution of the last decade which has unleashed creativity and talent of people in an unprecedented way, unleashing unlimited creative opportunites.

But does democratized culture mean better art, film, music and literature or is true talent instead flooded and drowned in the vast digital ocean of mass culture? Is it cultural democracy or mediocrity?

This is the question addressed by PressPausePlay, a documentary film containing interviews with some of the world’s most influential creators of the digital era.

The creative landscape is ever changing. These changes affect everything. From creation to distribution, from artist to consumer.Some talk about a revolution. Others talk about a natural evolution.What do you think?

Check it out tomorrow at Trouw in Amsterdam